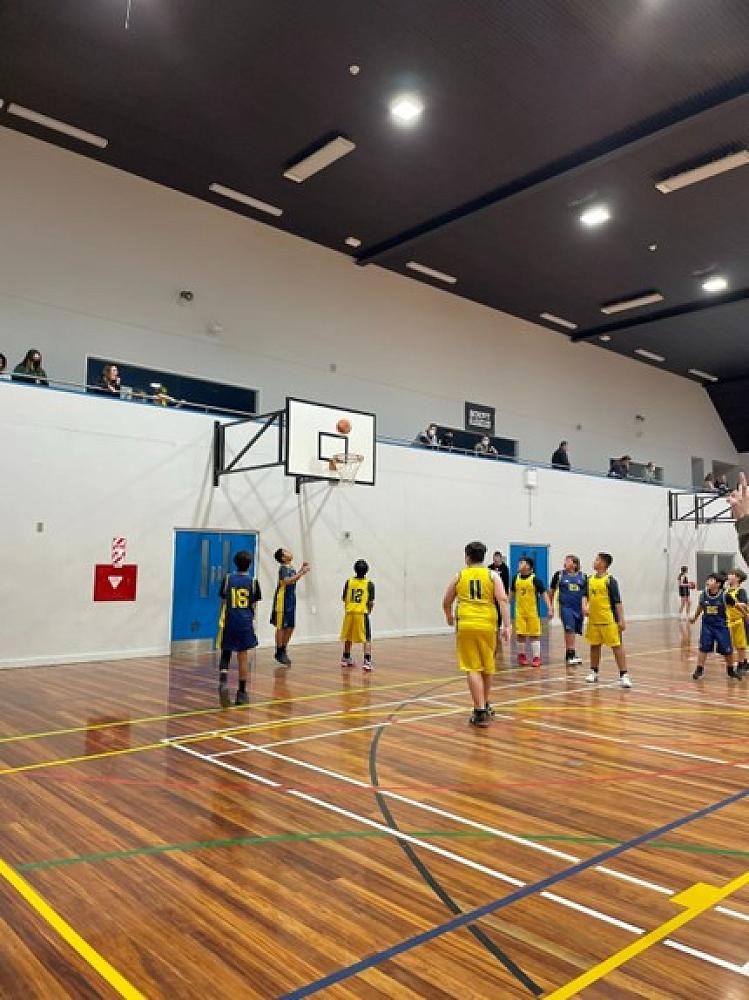 We have two Year 7/8 basketball teams entered in the Gators Friday night competition – the Gold Team and the Blue Team.

In last Friday’s (26 August) draw the teams were pitted against each other. The Gold team won over the Blue team and the players from both teams showed remarkable sportsmanship and demonstrated our school values of Commitment, Achievement, Resilience, and Respect. We were very proud of them all!

Last week was actually a really busy week for the Gold Team, as they:

While the Gold Team was only able to win two games at the CAIMS Games tournament, they won both games on Friday night, making them undefeated in their grade (B Grade) in Round 2 of the Gators competition.

While there is no game this Friday (2 September) due to the Senior Tournament Week, there is one more game for both the Blue and the Gold teams this season, on Friday 9 September. Good luck to both teams for their final games!